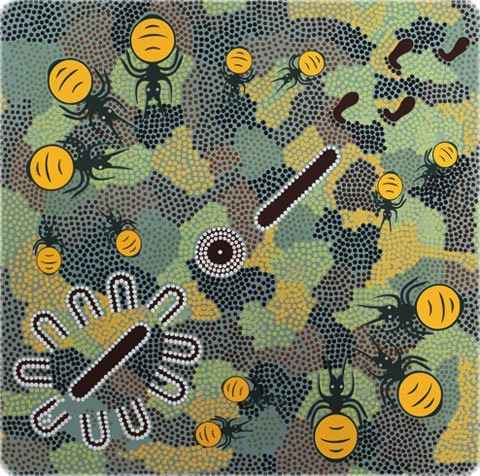 Honey Ants are unique in using their own bodies as living storage, but they have more functionality than just storing food. Some store liquids, body fat and water from insect prey brought to them by worker ants. Honey ants can later serve as a food source for their fellow ants when food is otherwise scarce. These ants can live anywhere in the nest. But in the wild, they are found deep underground, literally imprisoned by their huge abdomens, swollen to the size of grapes. They are so valued in times of little food and water that occasionally raiders from other colonies will attempt to steel these ants because of their high nutritional value and water content. Ant's worst enemies are not us, but other ants. Honeypot ants are edible and form an occasional part of diet of various Australian Aboriginal people. Papunya in Central Australia is named after a honey ant creation story